Your help is much appreciated! 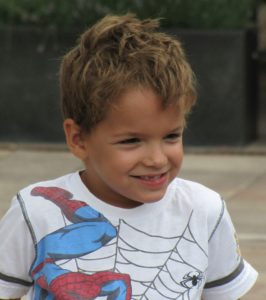 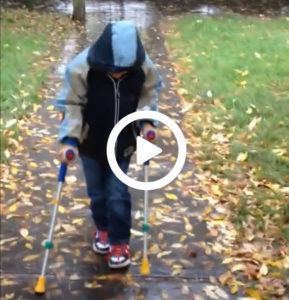 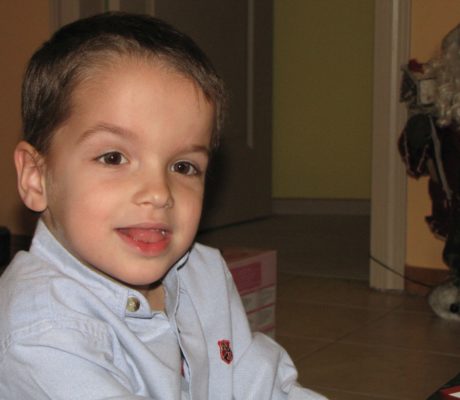 Botond is a 10-year-old boy, who was born as the third son in our family of six, on the 19th November, 2005. After a normal pregnancy, he came into the world healthy, with 3650 gramms (9,78 pounds) and 52 cm (20,47 inches). The only thing we noticed during his 20 months was that he did not crawl properly on his hands and knees, he preferred to use mostly his hands. Although he stood up in time, he did not want to walk independently. He was 20 months old when we took him to the neurologist, 5 years and 3 months old, when after numerous negative examinations his gene test showed that a de-novo mutation causes his stiff muscles and walking difficulties. The name of his very rare disease is Hereditary Spastic Paraplegia (HSP type 4).

Please click HERE for more information about this disease.

Botond can walk very slowly, uneasily with clutches or walker, wearing an ankle-foot orthesis. His tense muscles, stiff tendons don’t let him lift and open his legs properly. Despite the daily physiotherapies, stretching and orthesis his condition deteriorates as he grows, so we had to realize that these conservative therapies are not enough any more.

We investigated all possible treatments and learned that the only way to help Botond maintain his condition and ability for walk is the Selective Dorsal Rhysotomy (SDR) surgery, which is a neurosurgical operation conducted in the spine. Since Botond’s illness is very rare, it took a long time to find the doctor, T.S. Park MD (St. Louis Children’s Hospital), who admitted that not only saw he such patients, he also successfully operated them. Dr. Park accepted Botond for SDR surgery and informed us about what advantageous changes can be expected. The aim of the SDR surgery is for Botond to be able to walk safe with his clutches using bigger steps, less effort, and by improving his balance fall less. Since he puts all his energy in doing his physiotherapies now, we believe that after the surgery following the right rehabilitation system his improvement will make his everyday routines easier and safer which will mean hope for an independent life. 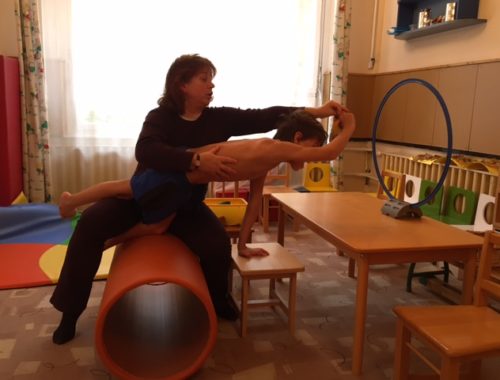 Nowadays Botond goes to Bobath therapies twice a week, besides that he has two swimming courses, two traditional phisiotherapies and one logopaedia lesson every week. His systematic development started when he was 20 months old, at that time he had Deveny and water therapies. In kindergarten within the frame of integrated development for children he regularly took part on phisiotherapies and logopaedia lessons, in addition we took him to riding and swimming courses. We have been taking him to massages also to lessen the stiffness in his muscles since his early age.