The hereditary spastic paraplegias (HSPs) are clinically and genetically heterogeneous disorders characterized by lower extremity spasticity and weakness (occurring in variable proportion). When symptoms begin in very early childhood as in Botond’s case, they may be non-progressive and resemble spastic diplegic cerebral palsy.

SDR is a permanent procedure that addresses the spasticity at its neuromuscular root: i.e., in the central nervous system that contains the misfiring nerves that cause the spasticity of those certain muscles in the first place. After a rhizotomy, assuming no complications, the person’s spasticity is usually completely eliminated, revealing the “real” strength (or lack thereof) of the muscles underneath.

Patients who undergo selective dorsal rhizotomy (SDR) surgery often need an additional surgical procedure for muscle/tendon lengthening to relieve contractures (limited motion) in their joints. The goal of surgery is to increase your child’s range of motion, allowing them to walk with heels on the floor and knees straight. 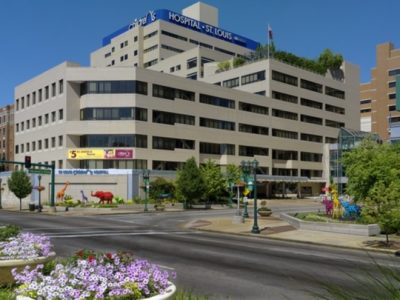 St. Louis Children’s Hospital, founded in 1879, is one of the premier pediatric hospitals in the United States. It is also the pediatric teaching hospital for Washington University School of Medicine.

Acceptance letter from the hospital

After evaluating Botond’s medical papers and videos the hospital has sent a letter of acceptance about Botond being a candidate for operation in St. Louis Hospital.

Based on diagnosis, patients are sent an estimated provisional cost about the expenses of the operation.